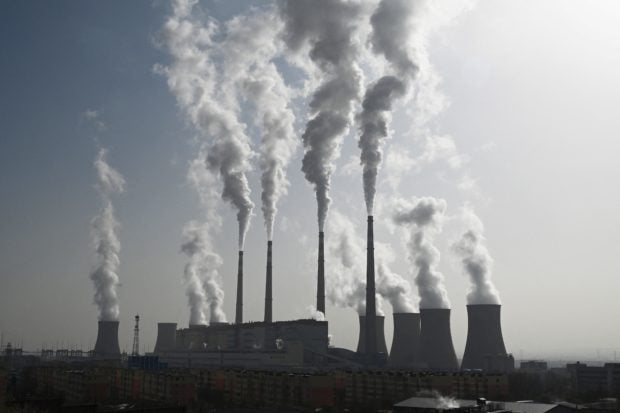 China is the world’s biggest emitter of greenhouse gases that cause global warming, and President Xi Jinping pledged last year to phase out coal use from 2026 as part of an ambitious set of national climate commitments.

But campaigners fear those goals are under threat as the government focuses on economic challenges, even as the deadly impact of climate change is felt around the world.

In the first quarter of 2022, Chinese regulators gave the green light to coal-fired power plants with a total capacity of 8.63 gigawatts, according to a study conducted by Greenpeace.

“China has an overcapacity of coal-fired power plants. Energy shortfalls arise from poor integration of generation, grid, load and storage.

The figure for new coal-fired power plant approvals fell in mid-2021 but rebounded later in the year as China experienced widespread blackouts due to a supply shortage.

Electricity consumption has increased this summer as China suffers an intense heat wave, with air conditioning turned on in homes and businesses to try to keep people cool.

China depends on coal for around 60% of its electricity and has asked domestic miners to increase capacity by 300 million tonnes this year.

The State Council, China’s cabinet, in May announced 10 billion yuan ($1.5 billion) in investment in coal-fired power generation, as coal producers are forced to ramp up production before the threshold of 2025.

“Overcapacity of this single energy source is a major obstacle to energy security, as well as China’s energy transition,” Wu warned.

As China’s economy stagnates under strict COVID policies and protracted supply chain disruptions, authorities are looking to spur growth through a massive push to build infrastructure – which relies heavily on energy coal.

China is the world’s largest consumer and producer of coal, and analysts fear economic targets could derail its pledge to peak carbon emissions by 2030.