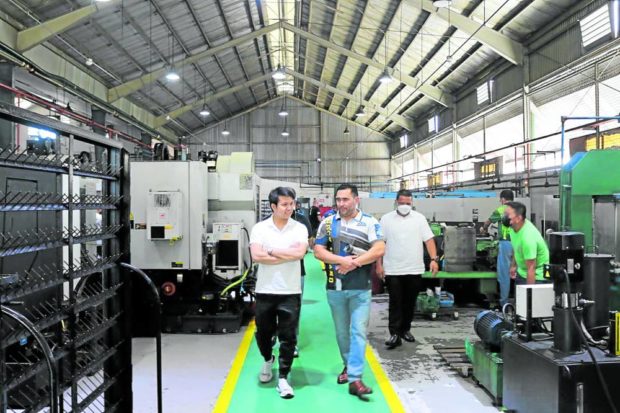 How is it that an internationally known and respected Filipino gunmaker – including in the American gun hobbyist market where its guns have a huge following – continues to struggle to convince people of its home market that it manufactures world-class products?

It’s a question that bothers Armscor Global Defense Inc. President Martin Tuason as he pursues his mission to not only sell more firearms in the world’s largest firearms market, but also to help build a self-sustaining defense industry in the Philippines that will meet the country’s national security needs while creating thousands of jobs for Filipinos.

“There’s still a lot of resistance locally,” he said in an interview at the company’s headquarters in Ortigas Center, Pasig City. “It’s like no one really believes the Filipino can do it. It’s really sad.”

To this day, the third generation of Tuason running Armscor laments that local private sector and government buyers still have a bias towards imported firearms and ammunition. ” Do not mistake yourself. [Foreign manufacturers] make great products,” he says. “But why not cultivate and develop an industry that can provide thousands and thousands of jobs for Filipinos? 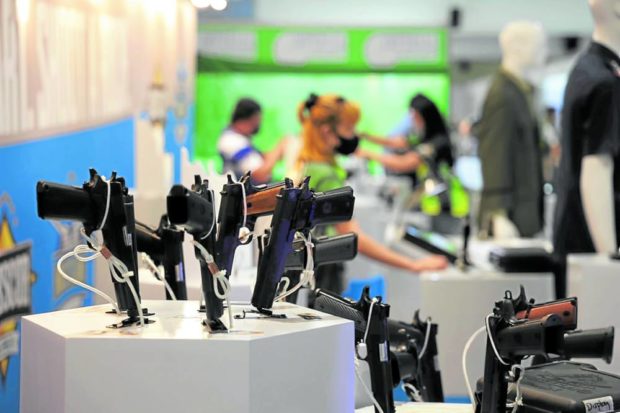 LOCAL Pistols of various calibers are produced in Marikina.

Fortunately for the head of Armscor, the tide is turning. And the tipping point came five years ago during a crisis that tested the company’s ability to supply the government with much-needed weapons and ammunition.

In 2017, Islamic terrorists besieged Marawi, forcing the Armed Forces of the Philippines to fight pitched battles to retake the city – a conflict that lasted five months, nearly depleting the government’s ammunition supply from the start.

“In 2017 we were able to show what it means to have a local manufacturer,” says Tuason. “We delivered 3,000 guns in five days, with 300,000 rounds for the troops. We were the only private company able to supply AFP during the Marawi conflict. And we did it early, not late.

By contrast, ammunition from other suppliers under contract under the government’s emergency supply program did not arrive until February 2018, nearly four months after the end of the conflict.

“I was talking to colonels and captains on the front line and they said they were rationing ammunition after the first three or four days of the conflict,” he says. Recognizing the urgency of the matter, he ordered Armscor to expedite the delivery of arms and ammunition for the AFP.

“We got the call on Monday morning and at midnight on Friday we delivered the weapons,” he says, adding that thanks to this experience, the company today has more allies and “champions”. within government and the defense establishment who see the value in having a local company that can meet local needs.

Armscor traces its heritage back to 1905 when two Englishmen established a photography store in Manila called Squires Bingham. It was later acquired by an American who turned it into a sporting goods store and then sold it to Celso Tuason in November 1941.

After the war, the store reopened and the patriarch Tuason decided to focus on the store’s most profitable product line: firearms. Shortly thereafter, he obtained the government’s first firearms manufacturing license – License No. 1 – which he still holds to this day.

In 1958, the company moved to its current seven-hectare compound in what was, at the time, rural Marikina. The second generation took over management of the company in 1966 with Demetrio “Bolo” Tuason as leader for 52 years, until Martin took over in 2012. Today, Armscor is the world’s largest manufacturer of pistols in the 1911 format (colloquially known as the “45”).

But it wasn’t until 1995 that the company started making this particular gun, and the quality at first was inconsistent. Tuason knew as early as 1999 that something had to change. So he revamped the company, bringing in foreign technical consultants and implementing a lifetime product warranty that forced those involved in manufacturing to “up their game”.

This change has seen the manufacturing process evolve from what was essentially a custom gun job to an assembly line system to the current state where robotics are used to manufacture key components of each firearm.

“We went from five to six pistols per day and per fitter, to 35 to 40 today. The worst assembler does 30,” he says. And higher revenues in the company’s biggest market soon followed.

A cousin who now runs the sales division has since grown the company’s worldwide sales past $200 million.

Work that was once done by as many as 40 people can now be done by two people for each of the three shifts Armscor’s Marikina plant runs to keep up with demand. And the switch to robotics reduced the rejection rate in the metal sanding step for its guns from 19% to just 0.01%. 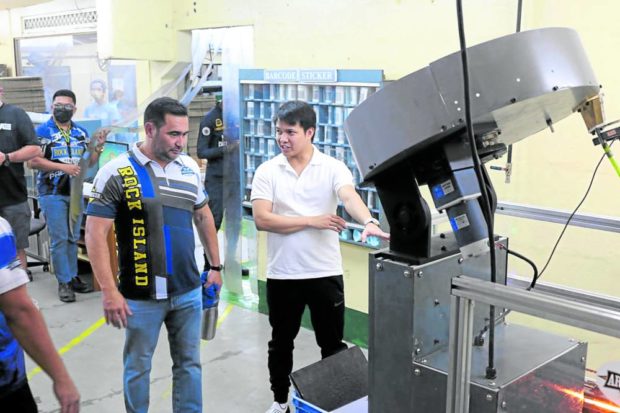 More importantly, Tuason has implemented a management system that empowers its key employees to improve the business.

“I cut the reins off them,” he says, explaining that he encourages staff members to come up with new ideas on how to improve business processes. “I told them I would reward ingenuity.”

And perhaps, most importantly, Tuason knows he doesn’t have a monopoly on knowledge in the business despite having spent most of his life working in the factories.

It’s a good organizational mindset to have no matter what industry you’re in, and Tuason hopes it takes Armscor far into the distant future.