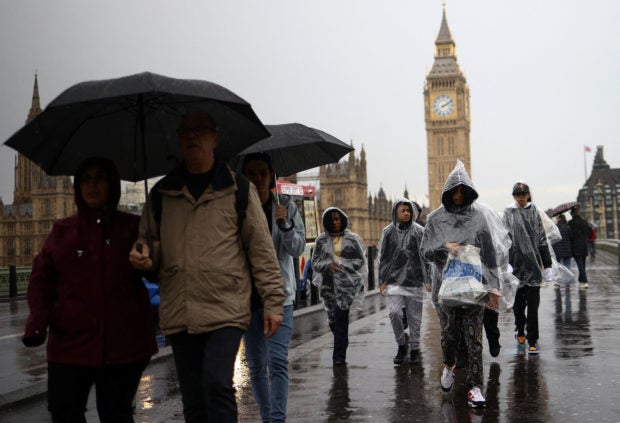 LONDON — More Britons will pay the top rate of income tax under government plans announced on Thursday to freeze benefits and lower the level at which people start paying the top rate as part of moves to stabilize public finances.

The result of the changes is that the income of many more Britons will fall under the new thresholds and end up paying more tax due to the effects of inflation.

“We will still have the most generous tax-free benefit package of any G7 country,” Hunt told parliament in a speech aimed at restoring market confidence in the government’s finances after the 50-day term of office. Liz Truss.

His government had declared it would abolish the top income tax rate, before backtracking amid the financial turmoil unleashed by its plans. She was forced to resign last month and was replaced by Sunak as prime minister.

The Conservatives pledged in their 2019 election manifesto not to raise income tax or national insurance rates.

Hunt said that while his announcement would lead to “substantial” tax hikes, the government had not raised overall tax rates.

Anthony Whatling of Evelyn Partners, a professional services firm, said a quarter of a million more people in Britain would pay tax at the highest rate as a result of the change in government.

The Office for Budget Responsibility (OBR), the UK’s independent budget watchdog, said the move to freeze tax breaks would bring in an extra £26 billion for the government by the 2027-2028 financial year.

The OBR said it estimated there would be 3.2million new taxpayers created by the now six-year freeze on personal allowance.

Along with the income tax changes, the government has also said it will reduce the amount shareholders can earn in dividends before they start paying tax from 2,000 pounds ($2,366) now to 1,000 pounds next year and 500 pounds from 2024.