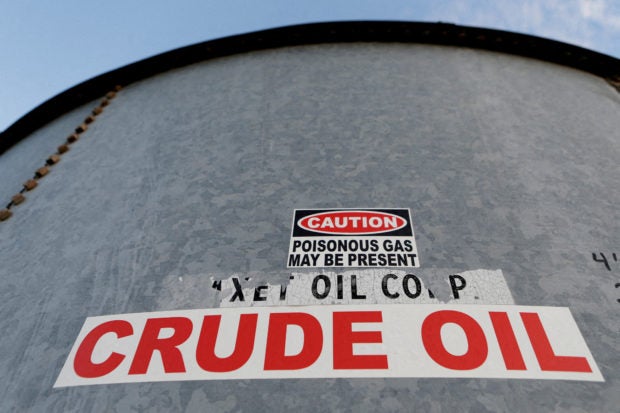 FILE PHOTO: A sticker indicates crude oil on the side of a storage tank in the Permian Basin in Mentone, Loving County, Texas, USA File Photo/REUTERS/Angus Mordant

Prices have been volatile as investors assess tight global supply and fear a possible global recession.

The price cuts also come as market participants await the outcome of a meeting on Wednesday between the Organization of the Petroleum Exporting Countries (OPEC) and allies including Russia, known as OPEC+, to decide September production.

Two of eight OPEC+ sources in a Reuters survey said a modest increase for September would be discussed at the Aug. 3 meeting. The rest said production should remain stable.

Meanwhile, the United States on Monday imposed sanctions on Chinese and other companies it says helped sell tens of millions of dollars worth of Iranian oil and petrochemicals to East Asia as they seek to put pressure on Tehran to curb its nuclear program.